Since 2017, the Chinese Communist Party has been committing a genocide in its far-western Xinjiang Uyghur Autonomous Region, traditionally known as East Turkistan. It has imprisoned more than one million of the region’s Turkic ethnic minorities in what it calls “re-education camps,” an act that has been characterized as “the largest incarceration of an ethno-religious minority since the Holocaust.” It is taking the children of parents undergoing “re-education” and placing them in state-operated “boarding schools,” where they are “re-educated” in many of the same ways. It is forcibly and systematically sterilizing Turkic women, dramatically cutting birth rates. And it has transformed the entirety of Xinjiang into what has been aptly called an “open-air prison,” where Turkic people are constantly monitored by surveillance cameras and police patrols.

In Middle Country, Grayson Slover recounts the week he spent as a “student tourist” in Xinjiang, in the summer of 2019. He describes in vivid, personal detail the pervasive surveillance state that exists in Xinjiang today, his interactions with the local people, and his close encounters with the Xinjiang police. Slover weaves in relevant history and political analysis for readers to grasp how his first-hand experiences fit within the broader context of the CCP’s genocidal campaign. 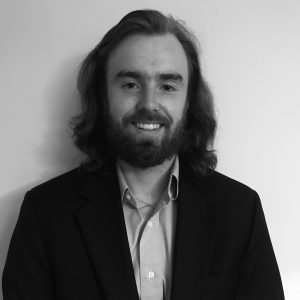 Slover is a recent graduate of the University of Colorado in Boulder, currently living in the Washington, DC area. He has published opinion columns in Hong Kong Free Press, Areo Magazine, and QPerspective Journal, among other media outlets.

There are no reviews yet.